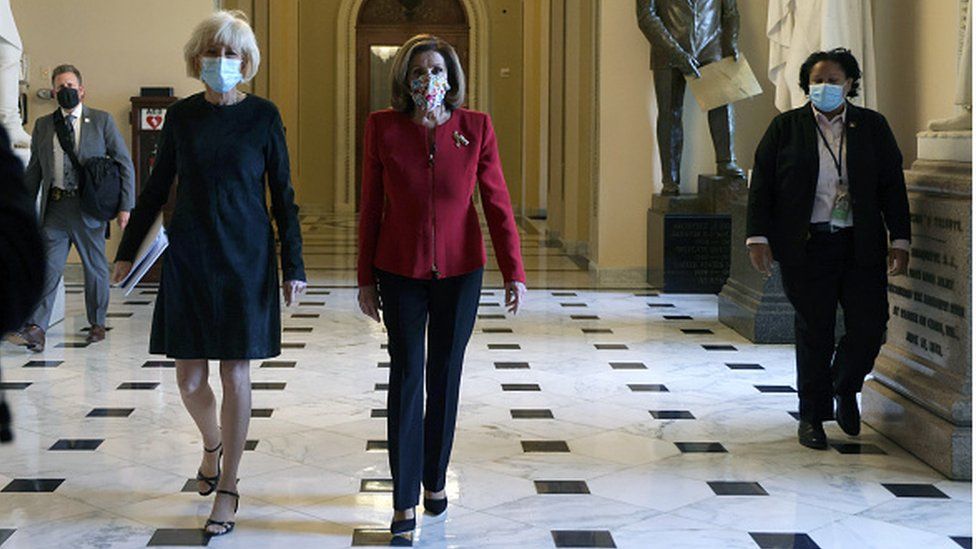 Democrats have introduced an article of impeachment against US President Donald Trump for his role in last week's deadly invasion of the Capitol.

The article filed in the House on Monday accuses Mr Trump of "incitement of insurrection".

Democrats say a vote on the article will go ahead in the House on Wednesday unless Vice-President Mike Pence invokes constitutional powers to remove Mr Trump from office.

Mr Pence is said to oppose the idea.

"The president represents an imminent threat to our constitution, our country and the American people, and he must be removed from office immediately," Democratic House Speaker Nancy Pelosi said.

Calls for Mr Trump's resignation, removal from office or impeachment have grown among Democrats and some Republicans in the days following the riots in Congress in which five people died.

The impeachment resolution accuses the president of encouraging his supporters to storm the Capitol building at a rally in which Mr Trump alleged, without evidence, that November's presidential election was "stolen" from him.

The White House has dismissed the impeachment threat as "politically motivated", but Mr Trump has made no public statements since he was banned from several social media platforms - including Twitter - on Friday.

He is due to leave office on 20 January, when Democrat Joe Biden will be sworn in as president. Mr Trump has said he will not attend Mr Biden's swearing-in ceremony.